Oscar was born with a rare genetic condition called Moebius syndrome, which effects all four of his limbs. He uses prosthetics on both legs, as he was born with no hands or feet. Oscar was determined to ride a bike. He wanted a BMX which would, in Oscar’s words, “look as normal as possible”. The ‘Big Life Fix’ was an eight month process developing a custom bike for Oscar, working with cycle trainer Lisa Costa to get him successfully riding. 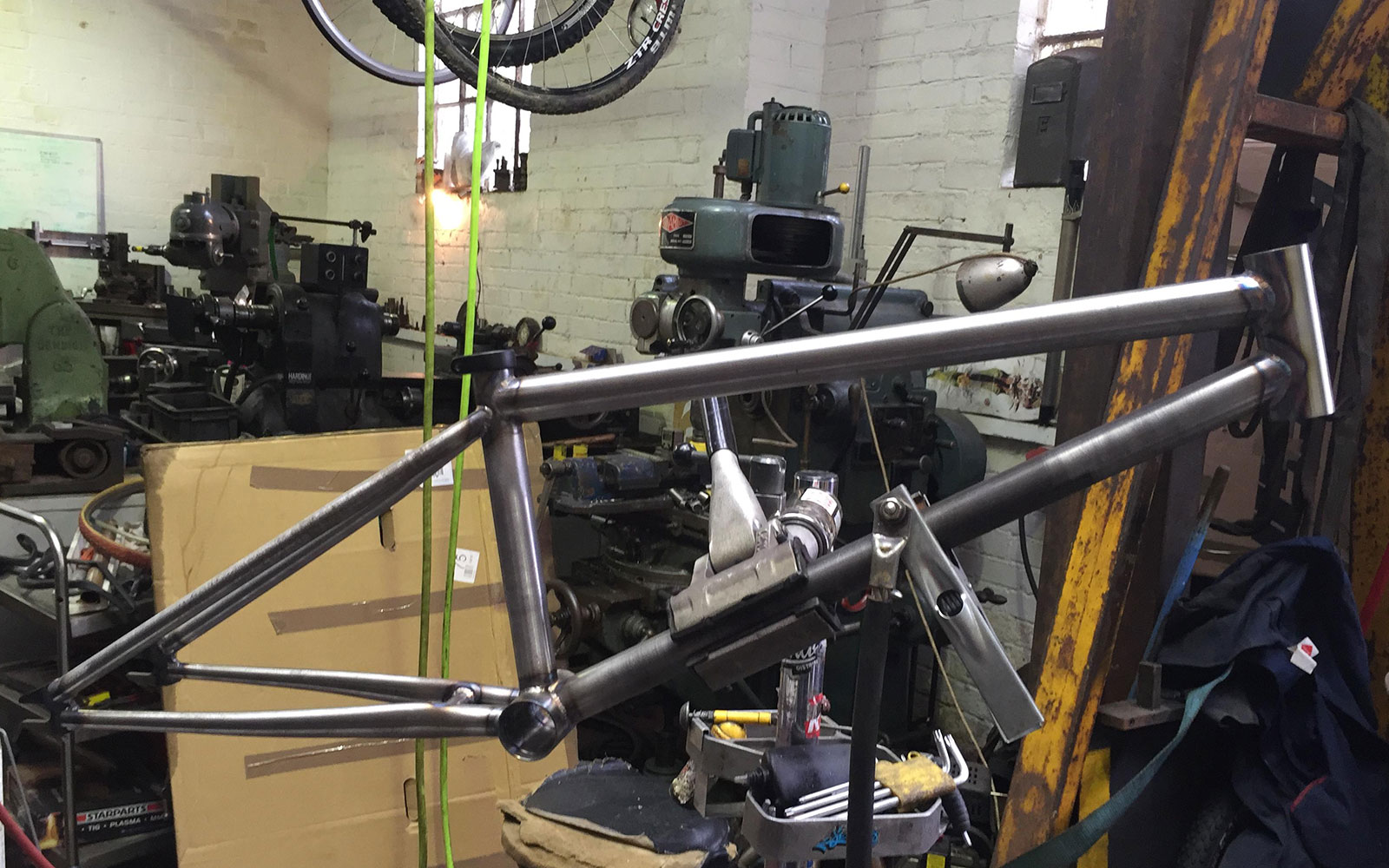 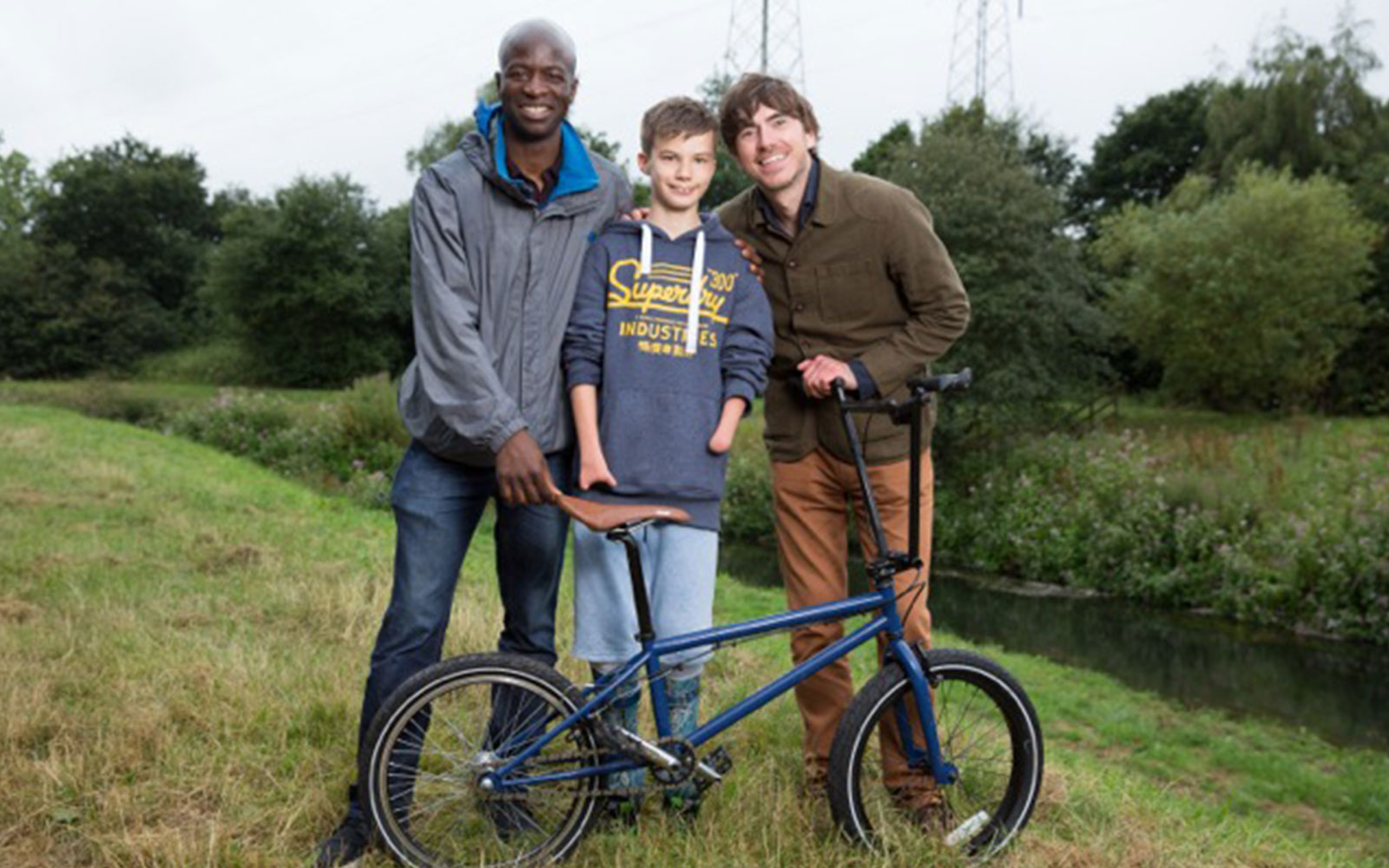 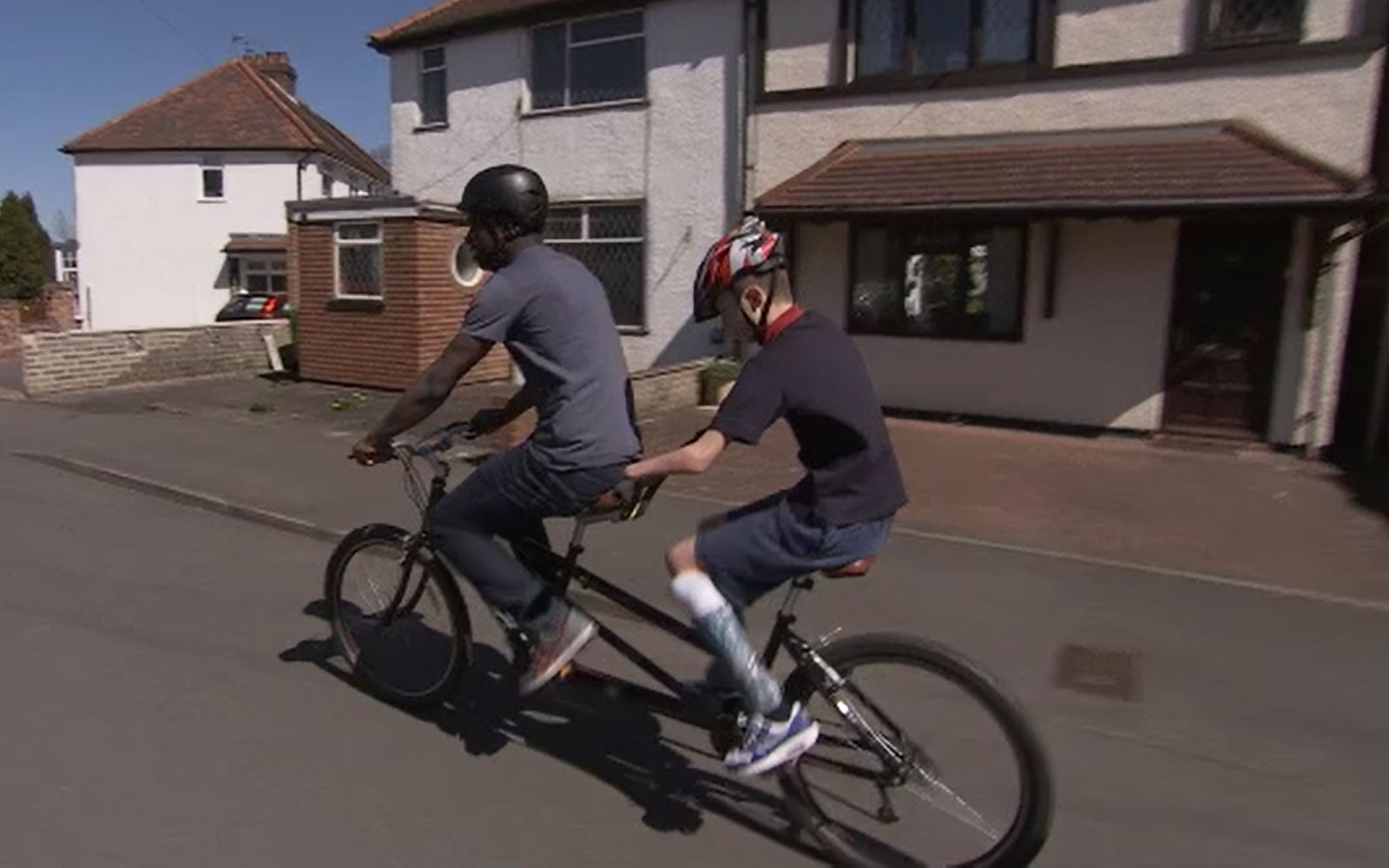 BMXs are designed to be ridden standing up, which meant it would be challenging for Oscar to control the bike. I designed a custom BMX frame which promoted an upright riding position (almost like a unicycle). This meant minimal weight was required on the handlebars. I also reduced the length of the cranks so it was easier to pedal, and extended the height of the handlebars.

The brake level position was reversed so Oscar could apply the brake by pushing rather than pulling. To ensure he could balance and steer, he needed to be able to apply the brake whilst still keeping one arm on the handlebars to balance. A custom bracket was made to enable the brake to be mounted in the new position. A Surestop brake was also installed so Oscar could apply both brakes with a single lever. The Surestop brake meant the rear brake was initiated before the front one.

To make it easier for Oscar to push off and to provide more stability on the bike I developed a prototype method to help him grip the handlebars. 3M Dual lock (industrial Velcro) grips were built into custom bike grips so Oscar could lock on to the handlebars. As long as a large flat mating surface was used on the wrist strap it provided a firm bond which once pressed was quite stable but could be released by twisting and pivoting off. I experimented with numerous wrist bands.