In 2012 Graham was an avalanche victim. He was buried so deep in snow that the oxygen to his brain was cut off, leading to ‘action myoclonus’, an injury to the part of the brain that controls motor functions, swallowing, speech and limb movement.

I designed a snowboard to enable Graham to fulfil his dream to get back on the slopes and enable him to do it in a standing position, as opposed to most adaptive snowboards which are seated. This was enabled by forearm crutches which allowed him to take a lot of his weight off his legs. The crutches also acted as levels allowing him to twist the board to steer as opposed to having to do this by moving his feet and ankles from a heel to toe edge. The crutches were used in combination with a Ski Mojo which is a device that uses spring recoil technology to take up to a third of the strain off the legs and knees by providing kinetic energy to assist leg extension. Ski Mojo supplements the power of the leg muscles, this in turn reduces impact, substantially delays muscle fatigue and alleviates leg and knee pain.

The intention was to enable him to control the snowboard in a familiar way and create a platform for rehabilitation where the level of support could be decreased over time. The aim was he would eventually not need the Ski Mojo and hopefully one day the crutches could also be removed as he gained more strength in his legs.

I worked with a wonderful team. Graham’s infectious enthusiasm and energy kept pushing me and also made me comfortable to push him back. I am super proud of the result. Special thanks to Burton Snowboards, the irrepressible Roy, Ability Bow, the team at Chel-Ski, Nick Rawcliffe and many others.

Check out the full episode of the Big Life Fix on iPlayer. 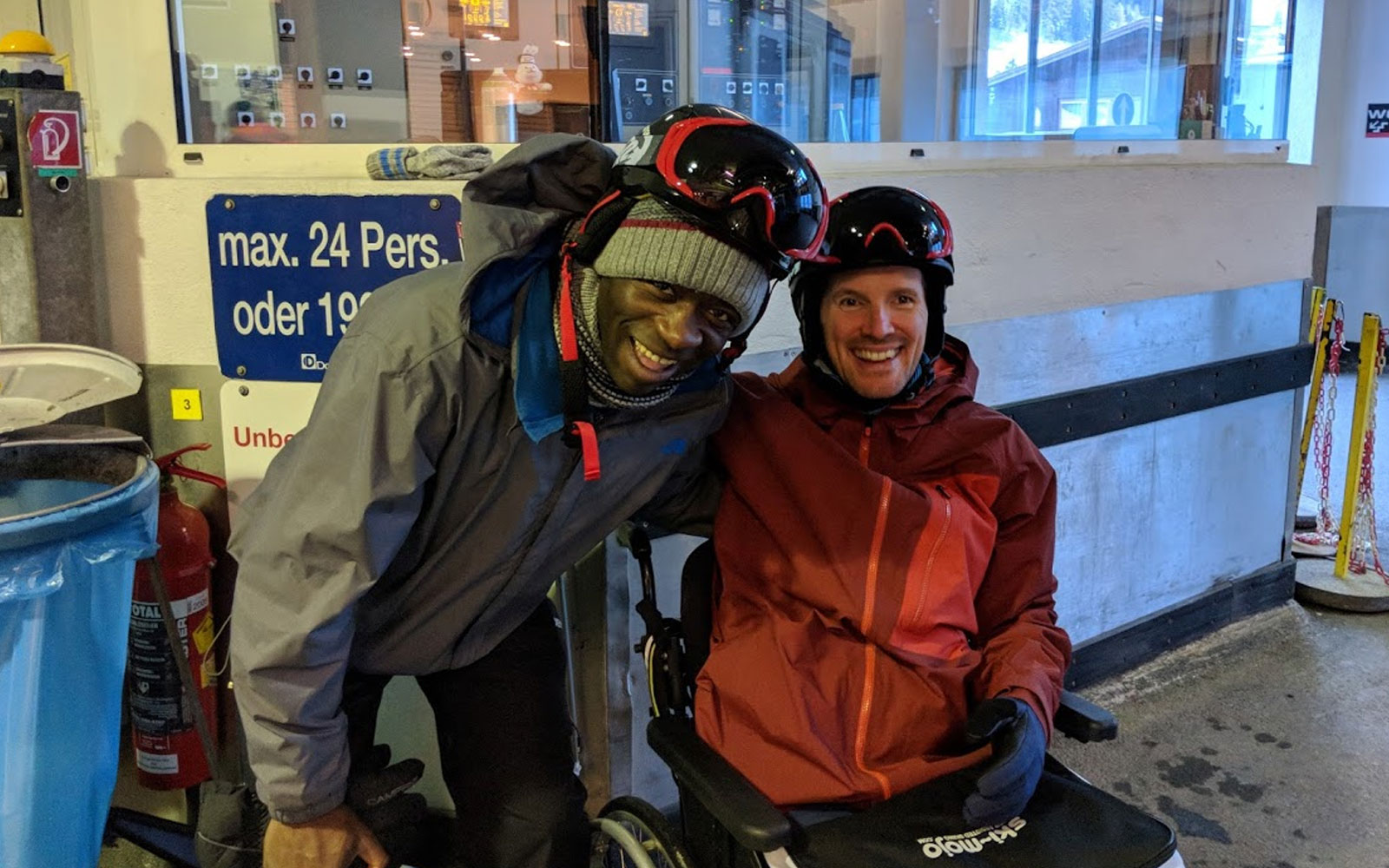 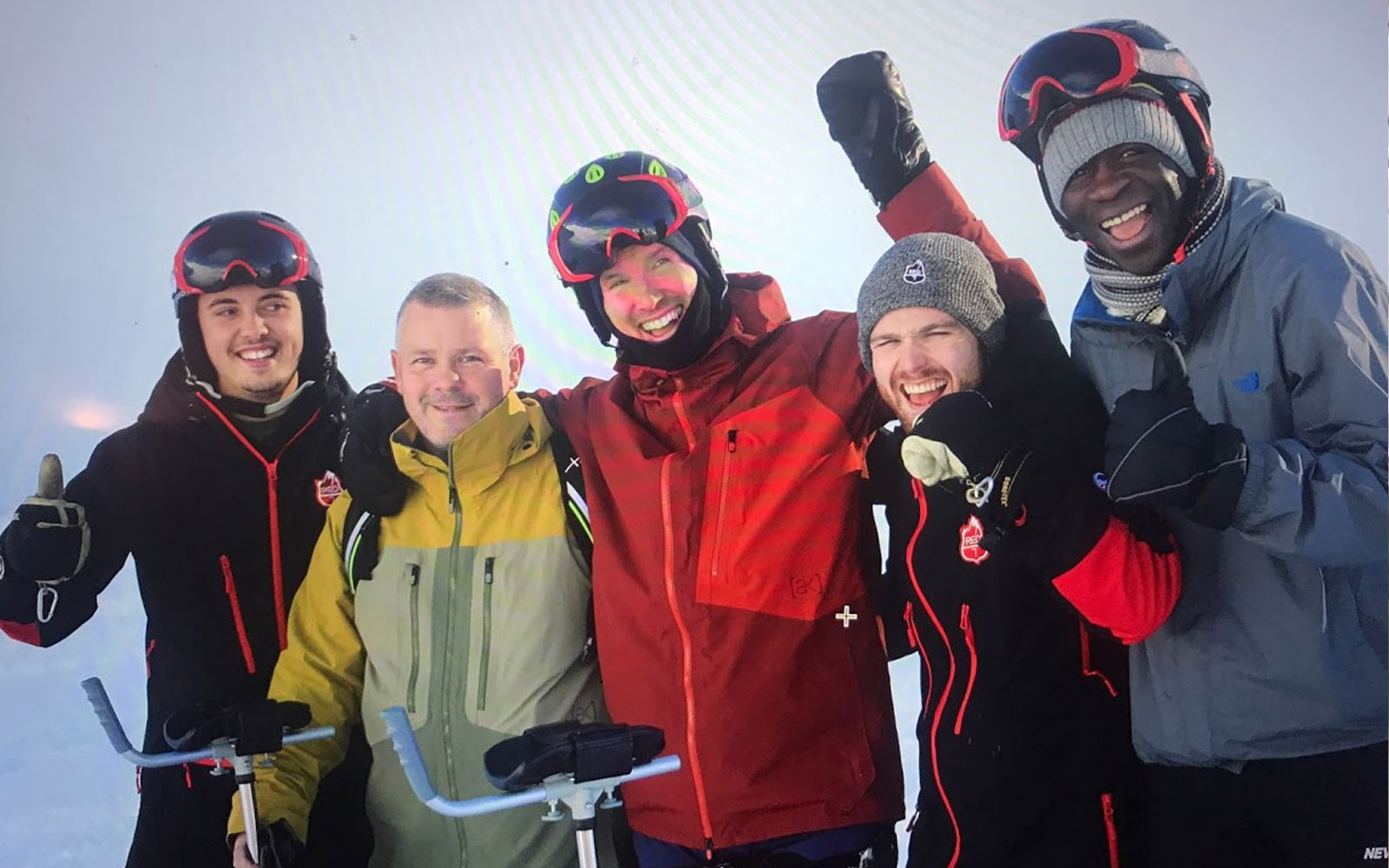 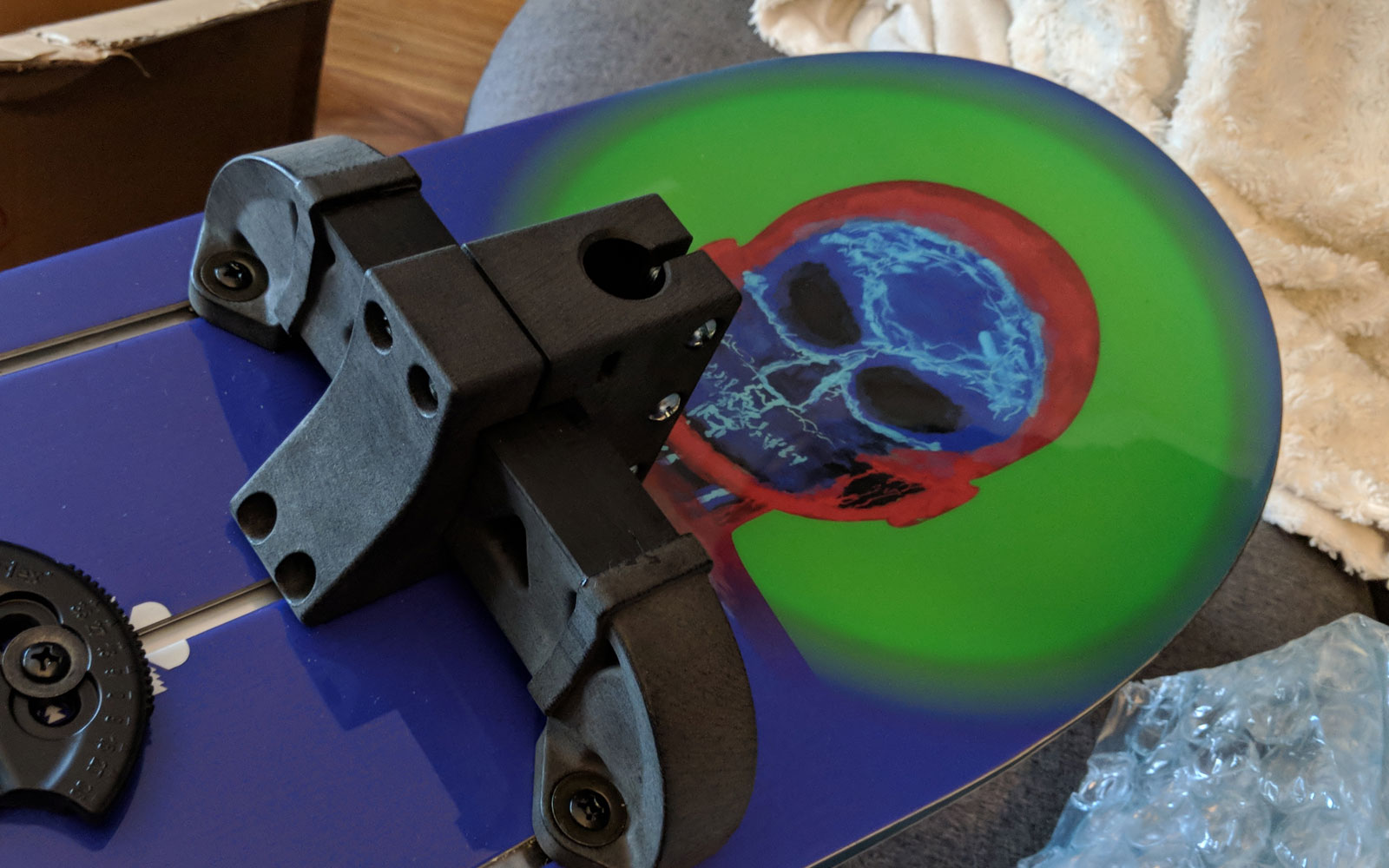 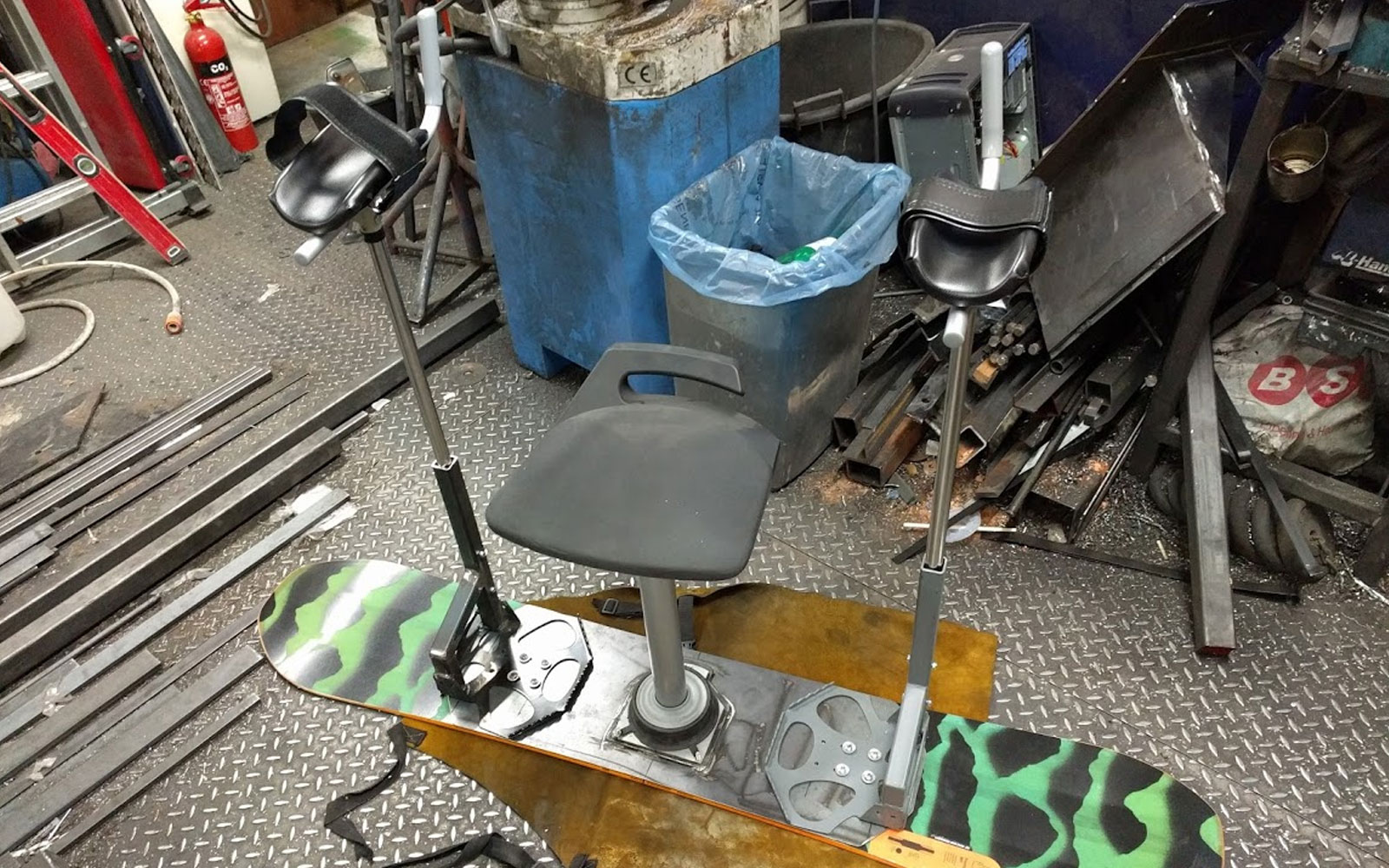 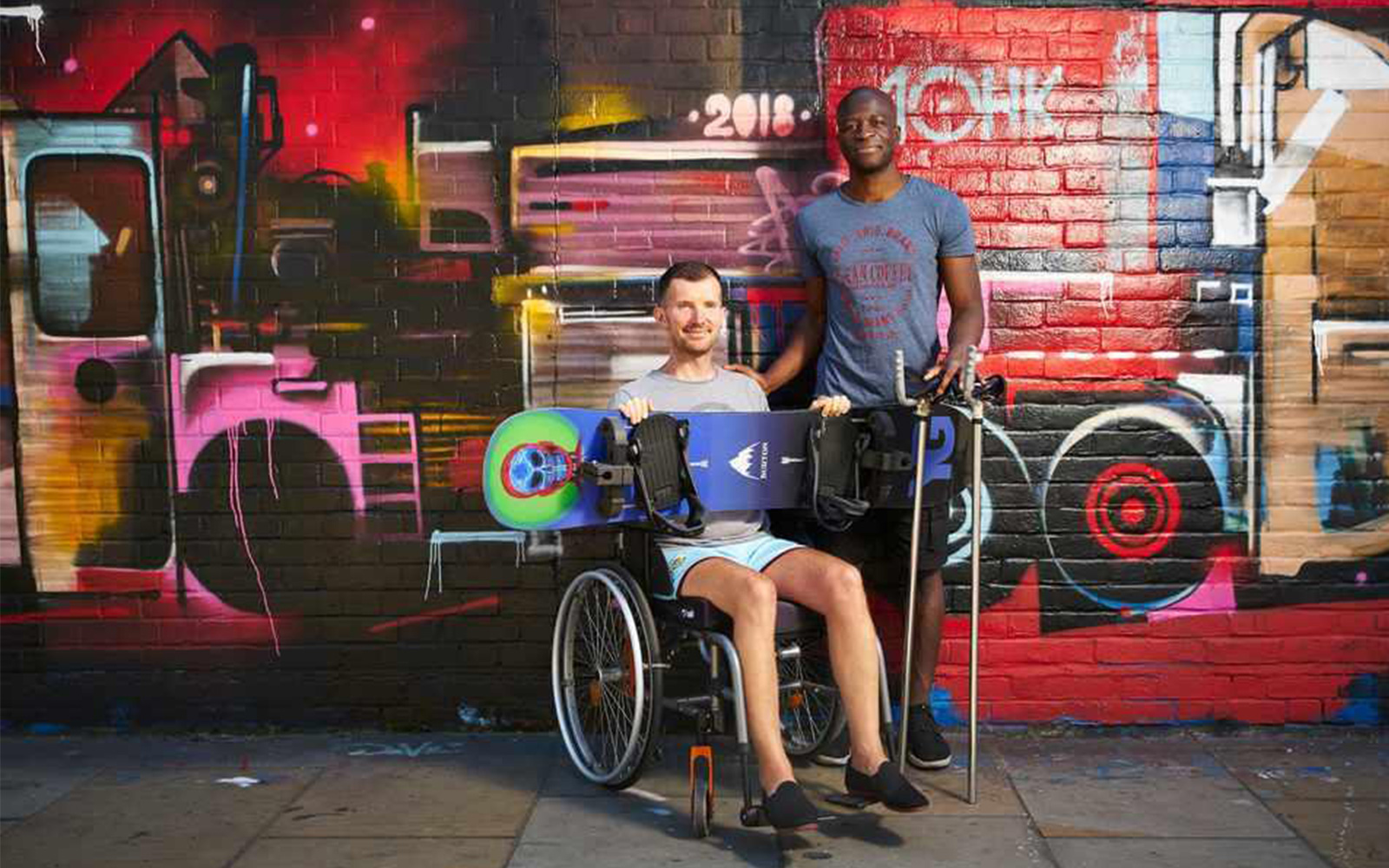 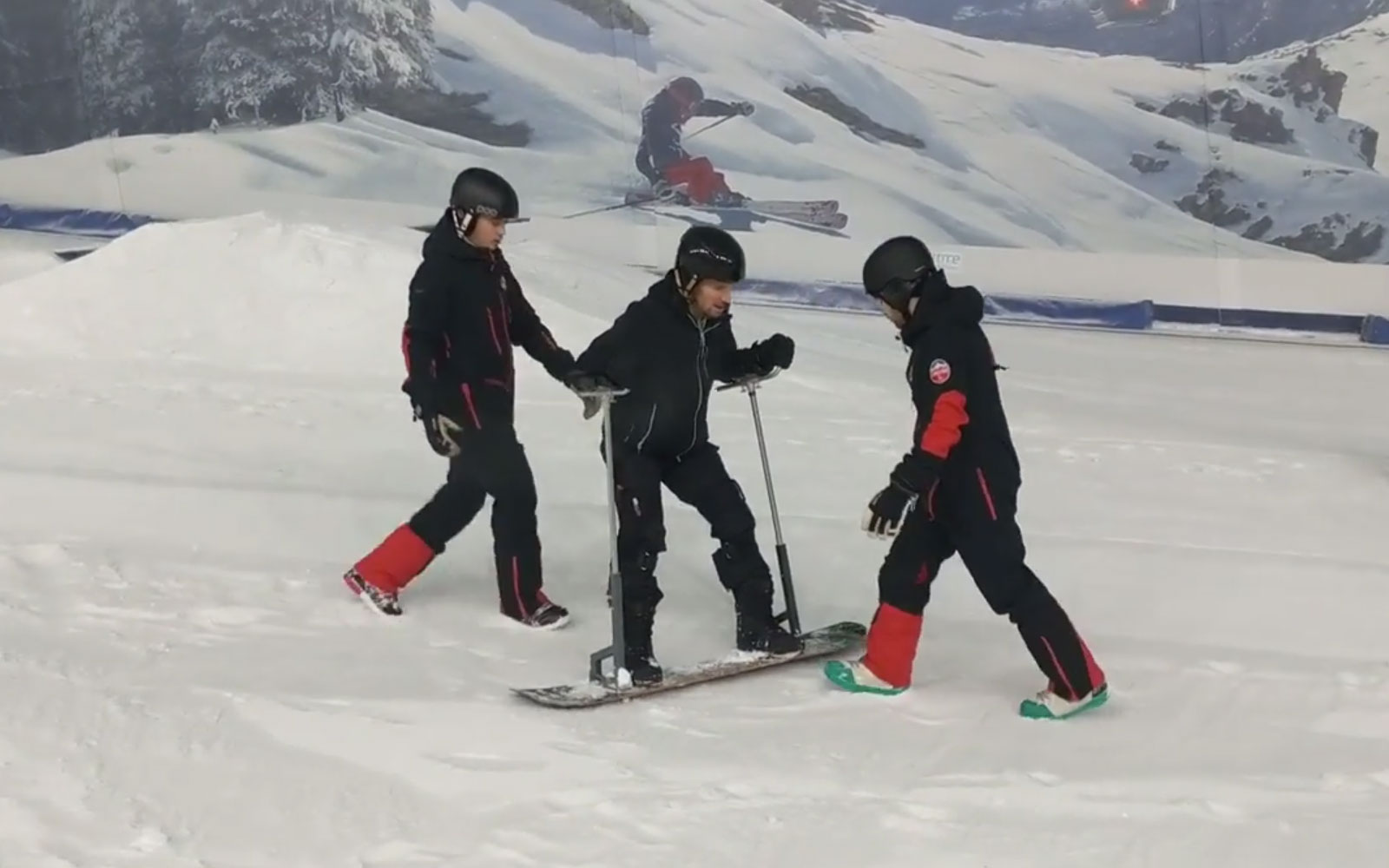